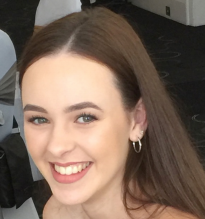 EDS is a genetic disorder that causes weak connective tissues and therefore affects joints, skin and sometimes blood vessels. Joints become unstable, skin becomes lax and blood vessels fragile. It affects about 1 in 5,000 of the population to a varying degree. It also affects animals.

Generally, surgical treatment for these unstable joints is ineffective because surgery does not correct the underlying tissue fragility.

About 3 years ago, I was approached by the mother of Ashlee, a 15 year-old girl affected by this condition and having a problem with dislocating patellae. She was keen to know if prolotherapy might help her daughter. Prolotherapy involves the injection of an irritant solution usually glucose, into areas of chronic pain in order to cause an inflammatory response. This initiates a healing process in the damaged soft tissue, and ligaments are strengthened. It is most commonly used for spinal pain with generally good results.

I had not heard of prolotherapy being used in Ashlee's situation but, in theory, injecting a sclerosant (concentrated 50% glucose mixed with an equal volume of local anaesthetic) into the medial joint capsule of her knee might tighten and strengthen the tissues and therefore stabilise her knee. She and her mother were keen to give it a try.

Her right patella had been dislocating about every other day for the past 6 months, so she was forced to wear a knee splint. Her left knee was doing the same. Initially, I infiltrated 2mls of the glucose mixture into the medial capsule of her right knee. Two weeks later she stated that her knee felt more stable, so 3mls were injected at this session. At 5 weeks' follow-up, after two injection treatments, she was able to discard her knee brace, and at 8 weeks she had stopped dislocating completely.

Meanwhile, as her left knee had the same problem it was also injected.

Two years after the initial treatment, both patellae had started to sublux but responded well to more injections.

In summary, her right knee stabilised after 4 treatments over 7 weeks but required two further inections 2 years later. Her left knee was stable 2 weeks after only one inection, but again required a booster 2 years later. It is now 6 months since her last treatment and Ashlee reports that both knees are feeling good.

About 18 months after her first knee treatment, she reported that her left wrist had been dislocating and this was demonstrable at the radiocarpal joint. In view of the reported success of treating lax cruciate knee ligaments with intra-articular glucose, I injected 2mls of glucose mixture into her left wrist joint. Two months later she stated that her wrist was about 60% improved. On this occasion I infiltrated 1ml of mixture into the dorsal capsule of her wrist joint. She was seen 6 months later and stated that her wrist had been good for 5 months following the last injection but was starting to sublax again. 2mls of mixture were again injected into her left wrist joint. Currently, 8 months after the last treatment, she is happy with the result, her wrist is stable with only occasional twinges of pain.

In retrospect I would in future only inject the dorsal capsule and if intra-articular injection was required only use 1ml of glucose mixture.

During all this time, Ashlee's left shoulder had been dislocating anteriorly. This was painful and distressing. The problem was how to stabilise a global joint laxity. The original operations for anterior shoulder dislocation involved suspending the humeral head from the acromion by tendon graft or transfer and, bearing in mind this principle, I infiltrated Ashlee's postero-superior shoulder capsule with 2ml of glucose mixture. She has required four further injection treatments over a 13 month period and currently she says her shoulder is not dislocating at all, whereas, in the past it had been happening up to thirty times a day which was painful and very inconvenient.

In addition to all the above, she reported instability in her left ankle, both inversion and eversion. This responded well to a single injection into her medial and lateral ligaments.

In summary, this is only one case, the story of an 18 year old girl with Type 3 Ehlers-Danlos Syndrome, who has gained significant improvement from a simple and inexpensive treatment over the past 2-and-a-half years. She is currently attending university and states that at the time (March 2018) none of her joints feel unstable, and she of course is very pleased with the results. She is unable to explain why her problems have generally been unilateral. She is right handed.

It is possible that prolotherapy may have a place in treating people with normal connective tissue who had joint instability, especially of the patella, but this will require further research.