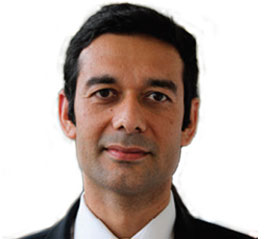 Dr Akshay Mishra completed his MBBS and MD at the Armed Forces Medical College, India and served in the Indian Army for ten years, two of which were with the Special Forces.

Upon moving to Australia, Dr Mishra initially trained at the Canberra Hospital before moving to Queensland where he trained in Cardiology at the Gold Coast and Prince Charles Hospitals. In 2009, Dr Mishra moved to the US to pursue a fellowship in Interventional Cardiology at the Lenox Hill Hospital, New York, where he trained extensively in coronary and peripheral procedures with Dr Gary Roubin. Upon his return to Australia, Akshay continued his training in Canberra before moving to Brisbane to join The Prince Charles Hospital as a Staff Specialist. Akshay also joined Heart Care Partners working part time with them at the Mater Private Hospital, where he established a successful and popular practice. Akshay then chose to consolidate his practice on Brisbane’s northside and started his private practice at the Holy Spirit Northside Private Hospital in 2014 whilst continuing with his public work with The Prince Charles Hospital. He is also a Senior Lecturer with the School of Medicine, University of Queensland.